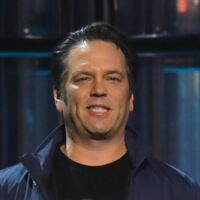 Phil Spencer net worth: Phil Spencer is an American business executive who has a net worth of $25 million. He is best known for being the head of the Xbox brand and vice president of gaming at Microsoft.

Phil Spencer was born in January 1968. He graduated from the University of Washington. Spencer started working for Microsoft in 1988 as an intern. He led the development of the company's first CD-ROM titles including Encarta. Spencer also served as a development manager for Microsoft Money and was a general manager of their consumer productivity products like Microsoft Works. Spencer was the general manager of Microsoft game studios EMEA and became vice president of Microsoft Studios. In 2014 he began leading Xbox, Xbox Live, Microsoft Studios, and Groove Music and Movies and TV. He has advocated for cross-platform play, and increased focus on PC gaming, the launch of xCloud, launching the Xbox Adaptive Controller, and more.