How much is Peter Ueberroth Worth?

Peter Ueberroth Net Worth: Peter Ueberroth is an American business executive who has a net worth of $300 million. Peter Ueberroth is probably most famous for being the recent chairman of the United States Olympic Committee (from 2004 to 2008) and the sixth Commissioner of the MLB (from 1984 to 1989). He also co-owns the Pebble Beach Golf Course. During his time as baseball commissioner, he earned a base annual salary of $450,000, twice the amount earned by his predecessor.

Peter Ueberroth began his career as the Vice President and shareholder of Trans International Airlines and as founder of the First Travel Corporation which he sold in 1980. He then became the organizer of the 1984 Summer Olympics and was given the title of Man of the Year by Time Magazine as well as receiving the Olympic Order in gold. As baseball Commissioner Ueberroth settled many labor disputes with the team players and Major League Umpires Association. During his first year as Baseball Commissioner he expanded the League Championship Series from best of five to best of seven and found a way to get large companies to sponsor the MLB by having the players endorse their products.

In 1989 Ueberroth stepped down as commissioner after it was revealed that he spearheaded a secretive agreement between the owners that blocked players from becoming free agents. But during his time as commissioner for the MLB there were many improvements, including anti-drug campaigns, alcohol and crowd control, record attendance and financial improvement.

After leaving baseball, Ueberroth, Clint Eastwood, Arnold Palmer and a handful of additional partners purchased the Pebble Beach golf course for $820 million. Each of the three, Ueberroth, Eastwood and Palmer chipped in around $20 million to the purchase. They raised the majority of the remaining funds from investors like the General Electric Pension Fund and various other private investors who chipped in $2 – $10 million for stakes. Those stakes have since tripled in value, conservatively.

He also ran for Governor of California, but pulled out of the race in 2003. He has also held the positions as director of the Coca-Cola Company, director of Adecco S.A., chairman of the Contrarian Group, director of Hilton Hotels, co-chairman of the Pebble Beach Company, chairman of Ambassadors International, chairman of the U.S. Olympic Committee Board of Directors and Life Trustee of the University of California. Peter Ueberroth was born in Evanston, Illinois in 1937 and attended Fremont High School and the San Jose State University. He is married to Ginny Ueberroth and together they founded the Sage Hill School. Their son, Joseph, took over the position of director of Ambassadors International in 2006. 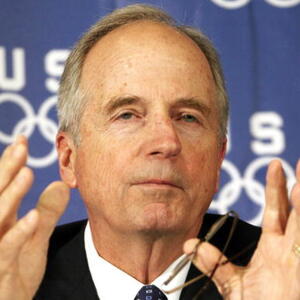