Peter Sunde Net Worth: Peter Sunde is a Swedish computer expert who has a net worth of $500 thousand. Peter Sunde was born in Uddevalla, Sweden in September 1978. He is best known for being a co-founder and spokesperson for the BitTorrent search engine The Pirate Bay. Peter worked for a large German medical company before starting The Pirate Bay with Fredrik Neij and Gottfrid Svartholm.

Sunde and Neij launched BayFiles, a file-sharing site in 2011. In 2014 Sunde rain for European Parliament with the Pirate Party of Finland. In 2008 the operators of The Pirate Bay were charged with assisting copyright infringement and a trial began in 2009. The group was found guilty and was sentenced to a year in prison and ordered to pay damages equaling $3.62 million divided among the four. Sunde has also started the micropayments system Flattr and co-founded Kvittar and IPREDator. In 2013 he presented the free and private messaging platform Hemlis. The messaging program is encrypted and only people chatting can read the messages which means that government agencies could not spy on users. Peter is an equality advocate and has spoken out about concerns regarding the centralization of power to the European Union. Sunde was arrested again in May 2014. 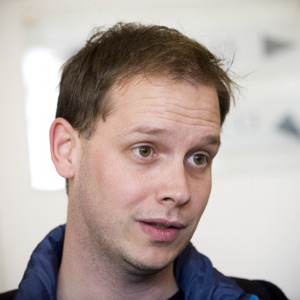