Peter Oppenheimer net worth: Peter Oppenheimer is a former senior vice president and former Chief Financial Officer of Apple Inc.. Peter Oppenheimer has a net worth of $200 million. As Apple's CFO Peter had a wide range of responsibilities including overseeing the controller, treasury, investor relations, tax, information systems, internal audit as well as facilities functions. Additionally, he reported to Apple's CEO Tim Cook and served on the company's executive committee. Mr. Oppenheimer joined Apple in 1996 as a controller for the Americas, and one year later he was promoted to vice president and Worldwide Sales controller, eventually acquiring even higher role of a corporate controller. Prior to Apple, Oppenheimer was a CFO of one of the four strategic business units at Automatic Data Processing (ADP). As ADP's CFO, he held the responsibility for finance, MIS, administration and the equipment leasing portfolio. Previously, Oppenheimer spent six years in the Information Technology Consulting Practice with Coopers and Lybrand. There, he was busy managing financial and systems engagements for clients in the insurance, telecommunications, transportation and banking industries. Oppenheimer graduated from California Polytechnic University, San Luis Obispo with a Bachelor's degree in Agricultural Business, and he also earned an M.B.A. from the University of Santa Clara, both with honors.

Peter spent a total of 18 years at Apple. In 2014 he retired from Apple and within a few months announced that he was joining the board of directors of Goldman Sachs. 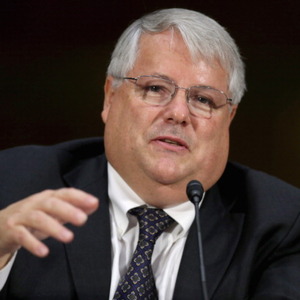