Peter M. Brant net worth: Peter M. Brant is an American businessman, industrialist, and art collector who has a net worth of $800 million. Though in the ideal art market, his net worth could be significantly higher thanks to his impressive collection of works bet Warhol, Basquiat and others. Peter M.

Brant was born in New York City, New York in March 1947. His father co-founded Brant-Allen Industries, a paper converting company. Brant was friends with Donald Trump as a child. Peter M. Brant went to work for his father at Brant-Allen and was responsible for the manufacturing side where he expanded into paper mill ownership. In the 1990s he spent time in prison for tax issues. He changed the name to White Birch Paper Company in 2008 after buying out his partner. The same year he purchased SP Newsprint Co for $305 million. Brant lost $1 billion in a two year span and White Birch Paper filed Chapter 11 bankruptcy. In the wake of the 2008 financial crisis, Brant's net worth dropped from $1.4 billion to $500 million. He has served as the Chairman of White Birch Paper in addition to Brant Publications and Brant Foundation. Peter M. Brant has also been a film producer for movies such as L'Amour, Andy Warhol's Bad, Basquiat, Pollock, and more. His art collection is a vast trove of contemporary works by artists including Basquiat, Jeff Koons and Warhol. He bought so many Warhol paintings in the 70s that Warhol himself became concerned he owned too many of his works. He married his second wife Stephanie Seymour in 1995. Around 2010, the couple entered into divorce proceedings. As part of these proceedings we learned that Brant spent around $500,000 per month of private jet travel, pet business projects and real estate developments. He was temporarily ordered to pay Seymour $270,000 per month in support.

At the time he reported his monthly income to be $1.5 million. They eventually reconciled. They maintain homes in Greenwich, Connecticut, The Hamptons and Palm Beach, Florida. 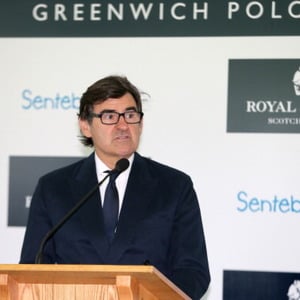