Peter Jones Net Worth: Peter Jones CBE is an English TV presenter, entrepreneur, and businessman who has a net worth of $400 million. Even though he rose to riches in various industries, such as mobile phones and leisure, Jones is best known as an investor on BBC Two's "Dragons' Den" (2005–2020) and as a judge on the ABC series "American Inventor" (2006–2007). In 2009, Jones was made a Commander of the Order of the British Empire, and "Dragons' Den" earned him a National Reality TV Award for Best Reality TV Judge in 2017. His 2007 book, "Tycoon," was a bestseller in the U.K.

Early Life: Peter Jones was born Peter David Jones on March 18, 1966, in Berkshire, England. He grew up in Langley, Berkshire, until the age of 7 when the family moved to Maidenhead. Peter's parents both worked full-time, and he has said "When I was 7 years old, I would sit in my Dad's chair, pick up the telephone and pretend I was closing a big deal." Jones attended Desborough School and The Windsor Boys' School, and at age 12, he served as an assistant tennis coach. Peter launched his first business, a tennis academy, at 16 years old.

Business Career: As a teenager, Jones started a business selling his own brand of personal computers, and he lost £200,000 after he sold the business to IBM. After this, he had to sell his home in Bray and move in with his parents. Peter later began working for the information technology company Siemens Nixdorf, and when he was in his mid-twenties, he opened a Windsor cocktail bar that was based on the 1988 film "Cocktail." In 1998, Jones launched Phones International Group, which later became known as Data Select, and he was named Emerging Entrepreneur of the Year by "The Times"/Ernst & Young in 2002. In 2005, Peter bought Red Letter Days, a gift experience company, with fellow "Dragons' Den" panelist Theo Paphitis; the company was owned by panelist Rachel Elnaugh (who also created it) until Jones and Paphitis purchased it for £250,000.

Around this time, Peter also formed Wines4Business.com and Celsius Resourcing, and in 2009, he set up the Peter Jones Enterprise Academy. The academy's motto is "Bringing the boardroom to the classroom," and its programs have been offered at numerous colleges throughout the U.K. Jones has invested in several businesses that were featured on Dragons' Den," such as "Wonderland Magazine," Concentrate Design, Square Mile International, Reggae Reggae Sauce, and iTeddy. He sold the Wireless Logic part of Phones International Group for £38 million in 2011, and in 2013, he bought the photographic retailer Jessops and became the company's chief executive. Peter also owns the production company Peter Jones TV as well as multiple property investments.

Entertainment Career: In 2005, Jones became one of the original Dragons on "Dragons' Den," a show that gives entrepreneurs the opportunity to present their ideas to potential investors. "Dragons' Den" aired its 17th season in 2020, and Peter was the only original Dragon still involved with the series. Jones came up with the idea for "American Inventor," which he sold to the ABC network, and the show aired 19 episodes over two seasons. He served as a judge on the series and co-produced it with Simon Cowell, and the two teamed up again for 2007's "Tycoon," which was based on "American Inventor" and aired in the U.K. Peter has also appeared on "Jimmy Kimmel Live!" (2007), "Gordon Ramsay: Cookalong Live" (2008), "Strictly Come Dancing" (2010), "Never Mind the Buzzcocks" (2010), and "Top Gear" (2008–2015).

Personal Life: Peter is separated from his wife Caroline, who he married in 1988; they have a daughter, Annabelle, and a son, William. Jones began a relationship with Tara Capp in 1997, and they have three daughters, Natalia, Isabella, and Tallulah. Peter owns several luxury sports cars and classic cars, and the first car he bought (with help from his parents) was an Alfa Romeo Alfasud. In 2005, he formed The Peter Jones Foundation, whose mission is to "provide young people, especially those who are disadvantaged, with the enterprise skills and experiences needed to better prepare themselves for successful employment or self-employment."

Real Estate: In 2004, Jones paid £2.67 million for a 6-bedroom home in Beaconsfield, Buckinghamshire, England, and he put it on the market for £3.1 million in 2011. Peter has owned several other homes, including a different Buckinghamshire estate (which sits on nearly 200 acres of land) that was purchased for £7 million in 2009. 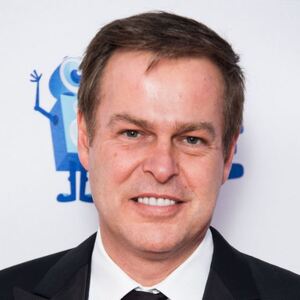