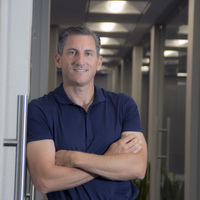 Pete De Best net worth: Pete De Best is an American entrepreneur and reality television personality who has a net worth of $14 million dollars. Pete de Best became widely-known thanks to his appearances on the HGTV show, "Flip or Flop".

Pete De Best was born in California, and went on to graduate from Cal Poly Pomona with a degree in Finance, Real Estate, and Law. Currently based in San Diego, California, he is widely recognized as one of southern California's most successful loan originators. He currently works for Cobalt Financial Corporation, also known as C2 Financial Corporation. The company is the 2nd largest mortgage broker in the United States, and has funded over $15 billion over the years. Pete De Best has been working as a loan originator for over 15 years, and was ranked in the Top 200 of originators in the country with regards to volume and units closed from 2001 to 2004.