Paul Watson net worth: Paul Watson is a Canadian environmental activist who has a net worth of $500 thousand dollars. Paul Watson was born in Toronto, Ontario, Canada, and worked for the World's Fair in the late 60s. He then joined the Canadian Coast Guard, and subsequently worked as a merchant seaman for the Norwegian Consulate.

He joined the Sierra Club in the late 60s, participating in protests against nuclear testing on Amchitka Island. This led to further activism, and he became an early member of the group, Greenpeace. He ultimately left Greenpeace to start his own activism organization called the Sea Shepherd Conservation Society. His organization became known for their direct action tactics. The society is the subject of an Animal Planet reality series called, "Whale Wars". In 2013, he was forced to step down as President of Sea Shepherd, as he has been banned from being in close proximity to Japanese whaling vessels by the courts. 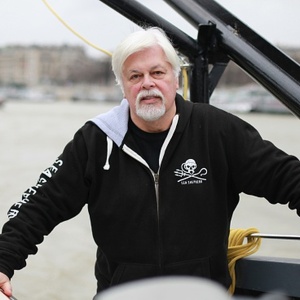