Paul Kemsley net worth: Paul Kemsley is a British businessman, celebrity manager, and reality TV star who has a net worth of $50 million. Also known as P.K. Kemsley, Paul is a sports executive and property developer. He is Boy George's manager. In fact, Boy George periodically lives with Paul's family and is godfather to Paul's son. Paul also manages soccer legend Pele.

He was born in August 1967 in Stanmore, UK. When he was still in high school, Paul worked at a Menswear store where he eventually met Sports Direct equipment billionaire Mike Ashley. Ashley and Kemsley played darts for money. In 1992, Kemsley was hired by Ashley to help expand Sports Direct. In 1995, when Paul was 28, struck out on his own to launch a real estate investment and development firm called Rock Joint Ventures Ltd. Over time the company became extremely successful and by 2007 Rock's portfolio was worth $1 billion. One of Kemsley's most successful personal investments involved a London office block that he bought for $50 million then sold months later for $100 million to a Russian businessman. Unfortunately, like many real estate investors, Paul and his company Rock Joint Ventures were fatally damaged by the 2008 real estate crash. His net worth in 2007 was estimated at $250 million. In 2012, Paul filed for bankruptcy in New York claiming to be $10-50 million in debt. At the time of the filing, he claimed to have just $104 in cash on hand and $1000 in the bank. He had also recently been separated from his first wife who was paying for all of his personal expenses. He re-attempted to file for bankruptcy in 2013.

In the United States Kemsley is most notable for relaunching the New York Cosmos soccer club. To jump-start the club he put soccer legend Pele in place as the team's honorary President. Kemsley eventually sold his stake in the Cosmos and used his profits to invest in Pele's commercial rights. Paul Kemsley is married to designer Dorit Kemsley. Dorit is the founder of a swim and resort line called "Dorit". In 2016, it was revealed that Paul and Dorit Kemsley would join the Bravo show The Real Housewives of Beverly Hills. Dorit is the personal designer of current cast member Lisa Vanderpump. In August 2018 it was revealed that Paul Kemsley wracked up $3.6 million worth of gambling debt at the Bellagio hotel in Las Vegas. According to the court filing, Paul made five payments to the Bellagio between 2010 and 2011 totaling $850,000.

Dorit and Paul Kemsley Real Estate: In August 2019 Paul and Dorit spent $6.5 million to acquire a home in the Encino area of Los Angeles. In September 2020 they put this home on the market for $9.5 million. The home listing was handled by Mauricio Umansky who is the husband of Dorit's Real Housewives cast mate Kyle richards.

On the RHOB they are seen living in a large Beverly Hills mansion that the Kemsleys actually co-own with a business partner. This mansion was listed at one point for $12.85 million, and was eventually reduced to $7.5 million. 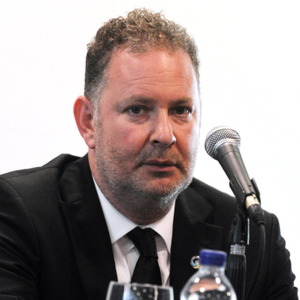