Pat McGrath net worth: Pat McGrath is a British makeup artist and businesswoman who has a net worth of $700 million. Pat was the exclusive makeup artist for every Vogue Italia cover for a decade. Vogue editor-in-chief Anna Wintour has referred to Pat as "the most influential makeup artist in the world." In 2013, Queen Elizabeth named Pat a Member of the Order of the British Empire. She earned her fortune as the founder of makeup company Pat McGrath Labs.

Pat McGrath was born in Northampton, England on June 11, 1970. She was raised by a single mother immigrant from Jamaica. When Pat was young, she and her mom would watch old movies and talk about the different costumes and makeup they saw on screen. Pat's mother would quiz her on all the different types of makeup, shades of eye-shadow, patterns and type of fabrics. And it wasn't just for fun. The game was partly out of necessity because, as black women, their makeup options were nonexistent. The typical commercial makeup at the time was not made with black women's skin tone in mind. So they were constantly mixing and experimenting to create their own concoctions. She moved to London in the early 80s to pursue a career as a makeup artist even though she had no formal experience or education in the industry. Over time she made progress and landed small jobs. Her big break came when she worked with an up-and-coming fashion magazine called "i-D". The fashion editor of i-D would later claim that Pat's makeup work on shoots was what allowed the magazine to break into the mainstream. During her career she would work with dozens of designers at fashion shows and on countless magazine cover shoots.

Pat McGrath Labs: She launched her own makeup line, Pat McGrath Labs, in 2015. She produced 1000 units of her first product and sold it exclusively through her website. It sold out in six minutes. Today Pat McGrath Labs has dedicated displays at more than 50 Sephora locations with plans to be in all stores in the near future. In July 2018, it was announced that Pat sold a 5-8% stake in her company at a $1 billion valuation. She has raised $88 million from outside investors. Assuming she has managed to maintain at least a 70% stake in her company (though we believe it's closer to 80-85%), her pre-tax paper net worth would be $700 million 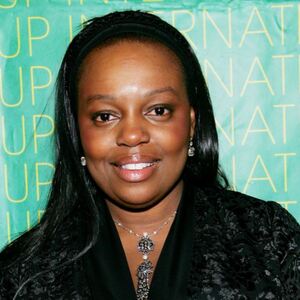