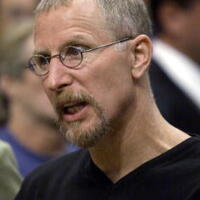 Pat Croce net worth: Pat Croce is an American entrepreneur, sports team executive, author and TV personality who has a net worth of $300 million. He was born in Philadelphia in 1954 and attended West Chester University and the University of Pittsburgh. He began his career as a physical therapist and athletic trainer for the Philadelphia 76ers, and worked in that job for 10 years. He founded Sports Physical Therapists in 1984 and grew the business into a chain of 40 centers in 11 states before selling it for $40 million in 1993. He went on to become the President of the 76ers basketball team and eventually went on to purchase the team. Since leaving the 76ers, Croce worked as a television commentator on The NBA on NBC and was a taekwondo commentator for the 2004 Summer Olympic Games. He also owns the Colonial Quarter living history museum in St. Augustine, Florida (in conjunction with the University of Florida), and became a majority partner in the iconic Green Parrot Bar in Key West. He has written 13 books throughout his career and was one of the four judges on ABC's reality television series, American Inventor, which ran in 2007. He is married to Diane Croce, and discusses their courtship in his book, Feel Great and You Will Too!