Owen Oyston is an English businessman as well as the majority owner of the Blackpool Football Club who has a net worth of $200 million. Born in Durham County in back in January of 1934, Oyston is notorious for the rape charges he faced in 1996, followed by the three years he served in prison as a result. Long before that low period, Oyston was a student at St. Joseph's College in Blackpool and later dropped out to pursue a career in acting at the age of just sixteen years old. He did make some small appearances in the 1970s court drama, Crown Court, but that was more or less the extent of his dream to become a professional actor. Eventually, Oyston gave up the ghost and moved to London in the 1950s and opened up a small business where he worked as a sewing-machine salesman. After little to no success in this much less glamorous field, he made his way back to Blackpool and began working in the estate agency business. He maintained a business known as Oyston Estate Agents and had moderate success. This third career ended up being the charm, and by the 1980s, his agency was known as the largest firm in the United Kingdom. He made a large transaction with Royal Insurance just weeks before the stock market crash. In 1987, Oyston purchased a major stake in Blackpool F.C. and was named the club's owner on May 31, 1988. He made several major developments to the club and its stadium, providing for world-class quality. He has been an investor in major newspapers as well as commercial radio. Oyston married Vicki Burns in 1964 and has two sons and three daughters by their marriage. They divorced and later remarried in 1988, however Oyston is said to have a fourth daughter from another relationship. Oyston's home suffered a dramatic fire on June 13, 2008. 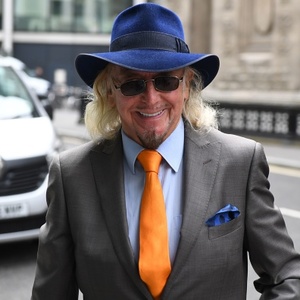