Otto Kilcher net worth: Otto Kilcher is an American mechanic and reality television personality who has a net worth of $4 million dollars. Born in Alaska, Otto Kilcher grew up raising cattle on his family's farm. Always interested in mechanics, he began collecting broken machinery and repairing it. His hobby allowed him to amass a small store of parts that have come in handy in repairing anything that breaks on his family farm.

He has since become a master mechanic and machinist. He is the sixth of eight children born to Yule and Ruth Kilcher. The Kilcher family is the subject of the Discovery Channel reality series, "Alaska: The Last Frontier", which follows the residents of Homer, Alaska as they live off of the land. Otto Kilcher is the uncle of singer, Jewel Kilcher, and was also part of the first expedition to ever successfully cross the Harding Icefield in 1968. Alaska: The Last Frontier debuted in 2011 and entered into its seventh season in 2017. The series stars Otto's family members including Charlotte Kilcher, Atz Lee Kilcher, Jane Kilcher, Eivin Kilcher, Bonnie Kilcher-Dupree, and Shane Kilcher. The show was nominated for Emmy Awards in 2014 for Outstanding Cinematography For Reality Programming and Outstanding Unstructured Reality Program. 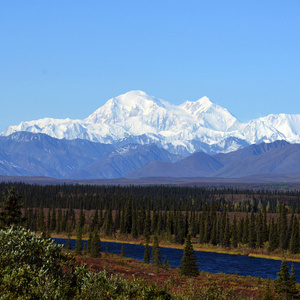