Osmel Sousa net worth: Osmel Sousa is a Cuban-born Venezuelan entrepreneur and beautify pageant director who has a net worth of $20 million. Osmel Sousa was born in Cienfuegos, Cuba in September 1946. Sousa is the president of the Miss Venezuela Organization. He has been nicknamed "The Czar of Beauty" for helping produce a large amount of beauty queens from Venezuela.

Sousa was an advertising draftsman and joined the Venezuelan Committee of Beauty in 1969. He advised selected contestants and started designing nightgowns for them to wear. He became President of the Miss Venezuela Organization in 1981 and has helped the country have seven Miss Universe winners, six Miss World titleholders, six Miss International winners, and two winners of Miss Earth.  He made controversial comments in an interview in 1997 about his bias against contestants with African features. In 2007 Sousa judged Univision's Hispanic beauty contest Nuestra Belleza Latina. 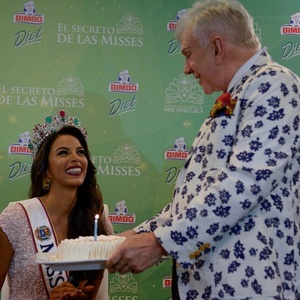