Omar Amanat net worth: Omar Amanat is an American entrepreneur, film producer, and investor who has a net wroth of $100 thousand. Despite selling numerous companies for hundreds of millions of dollars in gains, as part of his 2016 fraud trial, Omar claimed to have just $2,700 in total assets and a negative net worth. He also at that time confirmed was living in a $4.75 million home that was being rented at rate of $10,000 per month. He is best known for being the founder of several startups. He was convicted of fraud in 2017.

Omar Amanat was born in Montville, New Jersey. He started working at Datek Online and started a prototype online trading system called Cyber-Block. That company was purchased by Charles Schwab for $488 million. Amanat started Tradescape and served as founder, chief executive, and majority shareholder before it was purchased by E*TRADE for $276 million.

He then co-founded Peak Group Holdings which ultimately negotiated a 48% ownership stake in Summit Entertainment, the film studio behind the "Twilight" and "Hunger Games" franchises. Summit was eventually acquired by Lionsgate for $400 million. At this point, Omar was considered by some to be the most powerful person in Hollywood you've never heard of.

Amanat co-founded Aman Resorts with Adrian Zecha in 2014. He has been involved in a number of lawsuits and was arrested in 2016 as part of a conspiracy case against KIT Digital. At KIT Digital, a cloud video technology company, Omar and his co-founder reportedly covered up losses to inflate the value of shares, therefore defrauding investors. They were convicted in 2017 and are expected to serve around 10 years in dail.

Omar Amanat was formerly married to Helena Houdova. His first is Huma Abedin, Anthony Weiner's ex-wife and the longtime aide to Hillary Clinton. 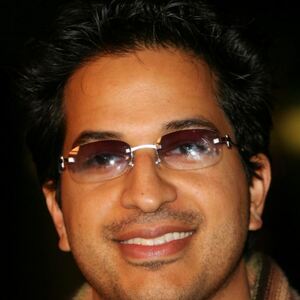