Nolan Bushnell Net Worth: Nolan Bushnell is an American engineer and entrepreneur who has a net worth of $50 million. Nolan Bushnell was born in Clearfield, Utah in February 1943.He is best known for being the founder of both Atari, Inc. and Chuck E. Cheese's Pizza-Time Theaters. He graduated from the University of Utah College of Engineering in 1968.

Bushnell was one of the computer science students who played the Spacewar! Game on DEC mainframe computers. He worked at an amusement park and became interested in arcade games. In 1969 he formed Syzygy with Ted Dabney and produced Spacewar clone Computer Space. The company became Atari, Inc. in 1972. The company released the Atari 2600 which revolutionized home gaming and also the video game Pong. In 1976 Bushnell was offered a stake in Apple but he declined. Atari had more than $1 billion in annual sales by 1982 and became the fastest growing company in American business history. Nolan purchased Pizza Time Theatre from Warner Communications in 1977. It became Chuck E. Cheese's Pizza Time Theatre and entered bankruptcy in 1984. Bushnell has been inducted into the Video Game Hall of Fame and the Consumer Electronics Association Hall of Fame. He has been named of the "50 Men Who Changed America" by Newsweek. He is the co-founder and chairman of Brainrush which is an educational software company that uses video game technology. He has started more than 20 companies and is credited with Bushnell's Law which states that games that are easy to learn and difficult to master are rewarding. In 2014, Bushnell discussed his time with Atari in the documentary Atari: Game Over, while continuing to explore other fields of science and technology through his financial investments as well as in an advisory capacity. In 2017, he got involved in robots of a non-singing-rodent variety by joining the board of directors at robotics software platform called Perrone Robotics. 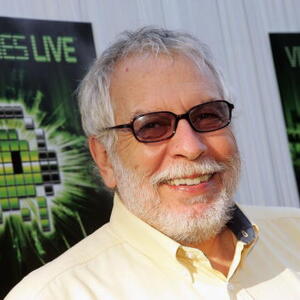