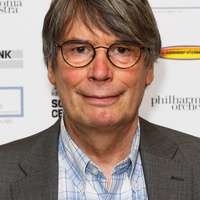 Nik Powell net worth: Nik Powell is a British businessman who has a net worth of $300 million. Nik Powell was born in London, England in November 1950. He is a co-founder of the Virgin Group with Richard Branson. Powell operated a mail-order company as well as a small record shop and a recording studio. The two established the label Virgin Records in 1972 and was one of the major labels in the UK before it was sold to EMI in 1992. He also co-founded Palace Productions which has produced several films including Mona Lisa and The Crying Game. He joined with Scala Productions which produced the films Fever Pitch among others and is currently serving as the director of the National Film and Television School. Powell won a British Independent Film Award in 1998 and a European Film Award in 1993. He was formerly married to singer Sandie Shaw.