It is the network's fourth installation of The Real Housewives franchise. The Real Housewives of New Jersey chronicles the lives of several women in and around communities in the state of New Jersey. She appears with fellow housewives Teresa Giudice, Melissa Gorga, Dina Manzo, Teresa Napolitano Aprea, and Amber Marchese. Nicole Napolitano was born in Colt Neck, New Jersey, and is the twin sister of Teresa Napolitano Aprea, who was also cast as a new housewife on season six of The Real Housewives of New Jersey. She ran a family restaurant at 20-years-old (a successful Dairy Queen franchise), studied at St. John's University and at the American University of Rome. Nicole Napolitano was married to Joseph Mauriello, and is the mother of two teenage boys, Joey, 14, and Anthony, 16. She is now divorced and started a brand new career in private aviation and works for a premiere jet charter brokerage handling high-profile clients. 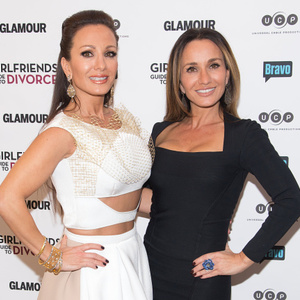