Nick D'Aloisio net worth: Nick D'Aloisio is a British computer programmer who has net worth of $30 million dollars. Born in Australia on November 1, 1995, D'Aloisio is best known for creating Summly, an artificial intelligence technology developed with SRI International. He is recognized as one of the youngest self-made millionaires in history and was awarded the title of "Innovator of the Year" by the Wall Street Journal as well as one of the most influential teenagers in the "TIME 100" via TIME Magazine.

He currently attends King's College School in Wimbledon, London and lives in London with his mother and his brother. D'Aloisio's efforts with Summly were funded by venture capital funding from Li Ka-Shing's Horizons Ventures. His endeavors have been overseen by publications such as ReadWrite, Business Insider, Wired, Forbes, The Huffington Post, TechCrunch, and more. He is currently the product manager of the new feature, Yahoo News Digest, which are provided twice a day. 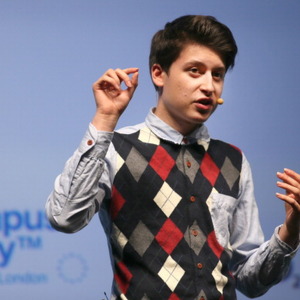