What is Neil deGrasse Tyson's Net Worth?

Neil deGrasse Tyson is an American astrophysicist, author, and science communicator who has a net worth of $5 million dollars. Tyson is the Frederick P. Rose Director of the Hayden Planetarium at the Rose Center for Earth and Space, a position he has held since 1996, and he founded the American Museum of Natural History's Department of Astrophysics in 1997. Neil hosted PBS series "Nova ScienceNow" from 2006 to 2011, and since 2009, he has hosted the "StarTalk" podcast, which was included on "Rolling Stone" magazine's 2014 list "The 20 Best Comedy Podcasts Right Now."

Neil deGrasse Tyson was born on October 5, 1958, in Manhattan, New York City. His mother, Sunchita, worked as a gerontologist for the U.S. Department of Health, Education and Welfare, and his father, Cyril (who passed away in 2016), was a sociologist, human resource commissioner, and Director of Harlem Youth Opportunities Unlimited.

Neil grew up in Tyson Hill and Riverdale with brother Stephen and sister Lynn and has been interested in astronomy since the age of 9, when he began spending time at the Hayden Planetarium. He attended Bronx public schools P.S. 36, P.S. 81, P.S. 141 (now called Riverdale Kingsbridge Academy), and The Bronx High School of Science. He graduated from The Bronx High School of Science in 1976, and as a student, he was editor-in-chief of the "Physical Science Journal" and captain of the school's wrestling team.

Tyson began giving astronomy lectures when he was 15, and famed astronomer Carl Sagan tried to convince Neil to attend Cornell University, but he chose Harvard instead. Neil graduated with a degree in physics in 1980, then earned a master's degree in astronomy from the University of Texas at Austin in 1983. He went on to lecture in astronomy at the University of Maryland (1986-1987), and he graduated from Columbia University with an MPhil degree in 1989 and a PhD in 1991 (both in astrophysics).

Tyson began working at the Hayden Planetarium as a staff scientist in 1994 and became their director in 1996. In 1995, "Natural History" magazine enlisted Neil to write a monthly column, and he has written for several scientific journals. President George W. Bush chose Tyson to serve on the Commission on the Future of the United States Aerospace Industry and the President's Commission on Implementation of United States Space Exploration Policy in the early 2000s, and he hosted the "Origins" miniseries on PBS in 2004. Neil has served as the Planetary Society's president, vice-president, and chairman of the board, and he caused some controversy when he excluded Pluto from the Hayden Planetarium's solar system exhibit in 2001. Tyson began hosting "Nova ScienceNow" in 2006, "Cosmos: A Spacetime Odyssey" in 2014, and the "StarTalk" podcast in 2009, and in 2015, the National Geographic Channel turned "StarTalk" into a late-night talk show. 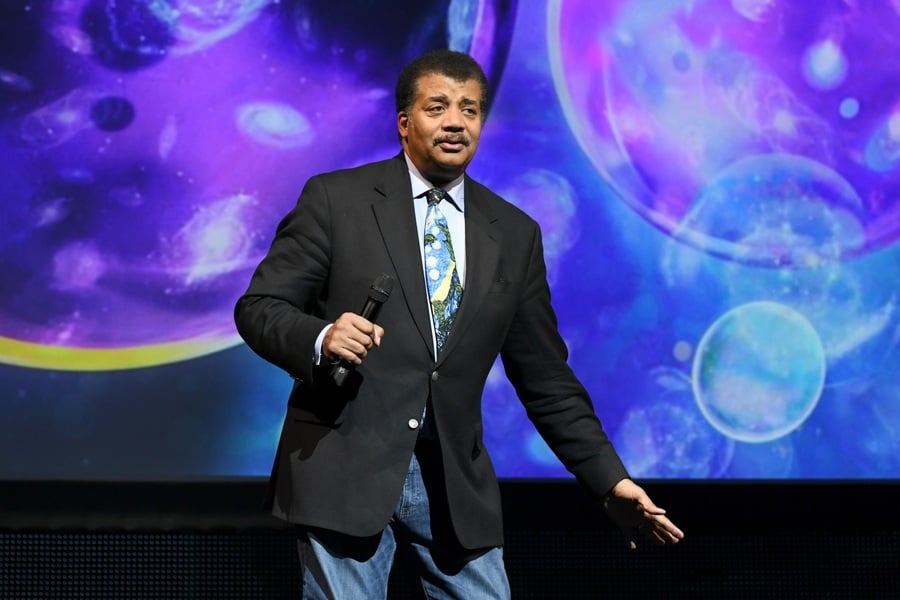 Tyson published his first book, "Merlin's Tour of the Universe," in 1989, and followed it up with 1994's "Universe Down to Earth" and 1998's "Just Visiting This Planet." He is also the author of "One Universe: At Home in the Cosmos" (2000), "The Sky Is Not the Limit: Adventures of an Urban Astrophysicist" (2004), "Astrophysics for People in a Hurry" (2017), "Letters from an Astrophysicist" (2019), and several other books. Selling over 1 million copies, "Astrophysics for People in a Hurry" spent more than a year on the "New York Times" Best Seller List.

Neil married Alice Young in 1988; the couple met in a physics class, and they have 2 children, Miranda and Travis. Tyson is a wine connoisseur, and "Wine Spectator" and "The World of Fine Wine" have both featured his collection. In 2018, four women accused Neil of sexual misconduct for incidents allegedly taking place from 1984 to 2018. He denied the 1984 rape accusation and said that the other allegations were cases of his actions being misinterpreted. "StarTalk" was temporarily put on hiatus, and the premiere of "Cosmos: Possible Worlds" was delayed, but in March 2019, Fox and National Geographic stated that the investigation was over and Tyson's projects would resume.

In 2015, Tyson received a Public Welfare Medal from the U.S. National Academy of Sciences for his commitment to getting the public excited about science. He has also earned a 2001 Medal of Excellence from Columbia University, a 2004 NASA Distinguished Public Service Medal, a 2005 Science Writing Award, and a 2009 Isaac Asimov Award from the American Humanist Association. Neil won a Critics' Choice Television Award for Best Reality Show Host for "Cosmos: A Spacetime Odyssey" in 2014 and was named Sexiest Astrophysicist Alive by "People" magazine in 2000. He was featured on "Time" magazine's 2007 list of the world's most influential people, and "Discover Magazine" included him on their 2008 list "The 10 Most Influential People in Science." He has received Honorary Doctorates from 20 schools, including Yale University, Mount Holyoke College, and Gettysburg College. 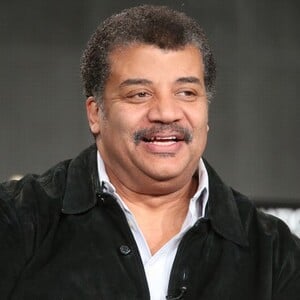