Neil Armstrong net worth: Neil Armstrong was an American Astronaut, public speaker, corporate board member aeronautical engineer, and naval aviator who had a net worth of $8 million dollars at the time of his death in 2012 (adjusted for inflation). Neil Armstrong is most famous for being the first human being to walk on the moon. He was also a test pilot, and had the distinction of being the first civilian astronaut to fly in space. Following his resignation from NASA in 1971, he taught in the Department of Aerospace Engineering at the University of Cincinnati.

Moon Quote: While walking on the moon, Neil Armstrong delivered one of the most famous quotes in human history: "That's one small step for man, one giant leap for mankind." Interestingly, the actual line was supposed to be: "That's one small step for a man, one giant leap for mankind." Notice the missing "a" in the version we heard on earth? It makes a fairly large difference in the meaning of the line and was lost in transmission.

Early Life and Education: Neil Armstrong was born in 1930 in Wapakoneta, Ohio to parents Viola and Stephen. He had a younger brother, Dean, and a younger sister, June, and was of German, Scottish, and Scots-Irish ancestry. Because his father was an Ohio state auditor, the family constantly moved, living in 16 different towns throughout the state. The last move, in 1944, brought them back to Wapakoneta, where Armstrong went to Blume High School and took flying lessons at the town's airfield. On his 16th birthday, he earned a student flight certificate. When he was 17, he started studying aeronautical engineering at Purdue University.

Navy Service: In 1949, Armstrong became a midshipman in the Navy, and the next year, became a naval aviator. He saw action serving in the Korean War, piloting the Grumman F9F Panther from the USS Essex aircraft carrier. In 1951, while making a low bombing run, Armstrong's aircraft was damaged after colliding with an anti-aircraft cable, which cut off a large portion of a wing. For his duty, Armstrong received the Air Medal, two gold stars, the Korean Service Medal, the National Defense Service Medal, and the United Nations Korea Medal.

After his regular commission was terminated in 1952, Armstrong became an ensign in the United States Navy Reserve, where he remained for eight years.

Postwar and Test Pilot Career: After the war, Armstrong returned to Purdue to complete his bachelor's degree, graduating in 1955. Subsequently, he became a test pilot at the National Advisory Committee for Aeronautics' High-Speed Flight Station at Edwards Air Force Base in California. While there, he flew chase planes and modified bombers, and was the project pilot on Century Series fighters. Ultimately, he piloted over 200 different models of aircraft throughout his career. In 1958, Armstrong became an employee of the just-formed NASA, which absorbed the National Advisory Committee for Aeronautics.

Early Career as Astronaut: In 1960, Armstrong was chosen to participate in a program on the X-20 Dyna-Soar, a military space plane under development by Boeing; two years later, he was selected by the US Air Force as one of seven pilot-engineers to fly the vehicle when it got past the design board. Later in 1962, Armstrong officially applied to become an astronaut. He made his first spaceflight in 1966 as a command pilot of Gemini 8, making him NASA's first civilian astronaut to fly in space. Along with pilot David Scott, he performed the first docking of two spacecraft. In his final assignment in the Gemini program, Armstrong served as a backup command pilot for Gemini 11.

Apollo 11: Following his role as a backup commander for Apollo 8, Armstrong was offered the post of commander of Apollo 11 in 1968. On July 21, 1969, Armstrong and pilot Buzz Aldrin, who was the pilot of the Apollo 11 Lunar Module, became the first people to land on the Moon. When Armstrong placed his feet onto the lunar surface, he uttered the famous line: "That's one small step for man, one giant leap for mankind." Afterward, he revealed a commemorative plaque, and planted the American flag with Aldrin.

Upon returning to Earth, the astronauts were placed under an 18-day quarantine to ensure they had not picked up any diseases. Following this, they were celebrated across the country and around the world in a 38-day "Giant Leap" tour. Along with Aldrin and Mike Collins, Armstrong was awarded the Presidential Medal of Freedom. 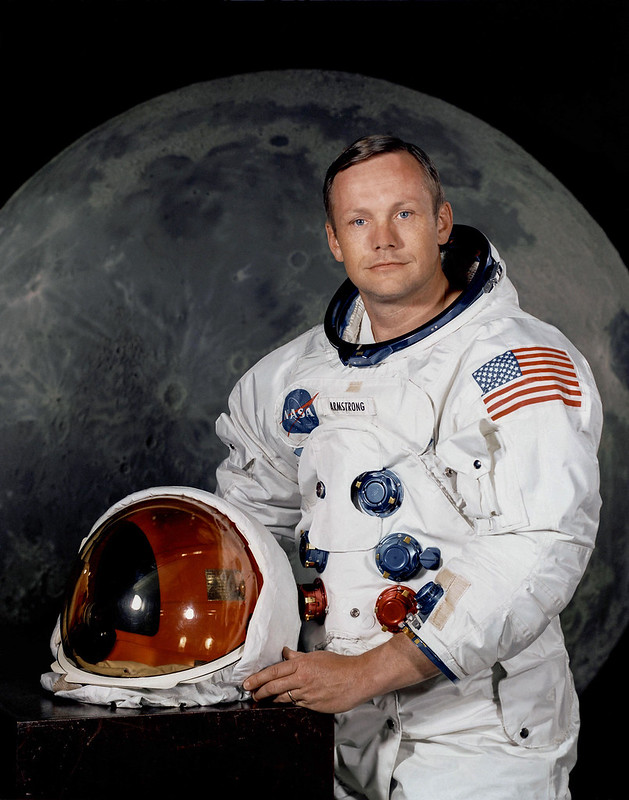 Post-Apollo Career: Armstrong announced his resignation from spaceflight shortly after the Apollo 11 mission. In 1971, he left NASA, and subsequently accepted a professorial position at the University of Cincinnati, teaching in its Department of Aerospace Engineering. While there, he taught many core and graduate-level classes, including ones on aircraft design and experimental flight mechanics. He left in 1980. Later, following the tragic explosion of the Challenger Space Shuttle in 1986, Armstrong joined Ronald Reagan's Rogers Commission to investigate the disaster.

Throughout his post-Apollo career, Armstrong also served as a spokesman for businesses. He worked for Chrysler, General Time Corporation, and the Bankers Association of America. Additionally, he served on the board of directors of Gates Learjet, the Cincinnati Gas & Electric Company, Taft Broadcasting, United Airlines, and Thiokol, among other companies.

Personal Life: While at a college party hosted by the fraternity Alpha Chi Omega, Armstrong met Janet Elizabeth Shannon. In 1956, they married in Wilmette, Illinois. They had three children: Eric, Karen, and Mark. In 1961, Karen was diagnosed with cancer; the next year, at the age of two, she passed away from pneumonia related to her deteriorating health. Armstrong and Janet separated in 1990, and divorced in 1994. He subsequently married Carol Held Knight, whom he first met at a golf tournament years earlier. The couple lived in Indian Hill, Ohio.

In 2012, to relieve his coronary artery disease, Armstrong underwent bypass surgery. After developing complications, he passed away in the hospital at age 82. A tribute was later held at Washington National Cathedral, while Armstrong's ashes were scattered in the Atlantic Ocean from the USS Philippine Sea.

Estate Value: In July 2019, Neil's family earned $12 million auctioning off some of his most-prized possessions. Items at auction included childhood mementos and paraphernalia earned from his historic moon landing.

The Armstrong family sued the hospital where Neil died, accusing it of negligence. The hospital settled by paying the family $6 million, of which $5.2 million was split by his two sons and the remainder went to his surviving siblings and grand children. After his death, his assets were placed in a trust which primarily benefited the two sons. His liquid assets primarily consisted of stock holdings in the companies for which he served as a Board member. 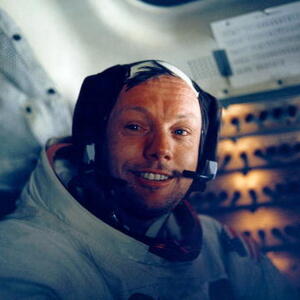