Ned RocknRoll net worth: Ned RocknRoll is a British businessman who has a net worth of $25 million dollars. Ned RocknRoll was born Ned Abel Smith, and is the nephew of Richard Branson, the CEO of Virgin Galactic. Ned RocknRoll legally changed his name in 2008. He is the current Head of Marketing Promotion and Astronaut Experience for Virgin Galactic. In 2011, it came to light that he was dating actress Kate Winslet, who had recently divorced her second husband, director Sam Mendes. The couple became engaged in mid 2012, and wed in a secret ceremony in New York in December of 2012. They subsequently relocated from New York to West Sussex. They announced that they are expecting their first child together during the summer of 2013. It will the third child for Kate Winslet, but the first child for Ned RocknRoll, who was previously married to socialite, Eliza Pearson. 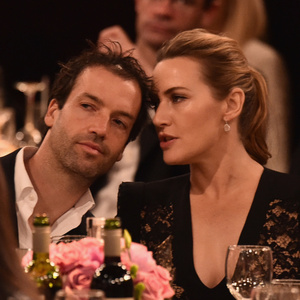