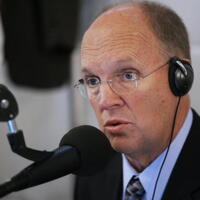 Neal Boortz net worth: Neal Boortz is an American author, attorney and former radio host who has a net worth of $15 million dollars. Born in Bryn Mawr, Pennsylvania, Neal Boortz grew up all over, as his father was in the military. After attending many different schools, he graduated from Pensacola High School in Florida, and then attended Texas A&M University. He then earned his Law Degree from John Marshall Law School in Atlanta, Georgia. While in college, he began working at the local radio station, and enjoyed the work thoroughly. However, he was not able to find a position in radio after college, and after working numerous odd jobs, he returned to school to earn his law degree. A new talk radio station launched while he was in Atlanta, and when he heard that a spot for a radio host had opened at the station, he walked to the studio and informed management that he was there to take over the vacancy. They gave him a two-week trial, and he ended up remaining with the station. He worked as both a radio personality and lawyer until the early 90s, when he was offered a radio contract with a larger station. He now has his own show that airs from 8:30 am to 1 pm, and was inducted into the Radio Hall of Fame in 2009.