How much is Naveen Jain Worth?

Naveen Jain net worth: Naveen Jain is an Indian American business executive and entrepreneur who has a net worth of $100 million. Naveen Jain was born in India in September 1959. He is known for being the founder and former CEO of InfoSpace which was one of the largest internet companies before the dot-com bubble. He earned his engineering degree from the Indian Institute of Technology Roorkee in 1979 and then moved to the United States. He co-founded Moon Express in 2010 and serves as the Executive Chairman. Naveen Jain founded the company Viome in 2016 and served as CEO. He worked for several startups in Silicon Valley before working for Microsoft where he was awarded three patents. Jain has also founded or co-founded the companies Intelius, TalentWise, Moon Express, and Bluedot. He owns a collection of meteorites which is said to have cost him $5 million. Jain and his wife launched the Anu and Naveen Jain Women's Safety Xprize in 2016.

At the peak of the dotcom bubble, InfoSpace was worth around $31 billion. At that level Naveen's personal net worth was $8 billion. In the aftermath of the bubble bursting, InfoSpace's stock price dropped from $140 to $1.56. The drop wiped out around 98% of of Naveen Jain's paper net worth. 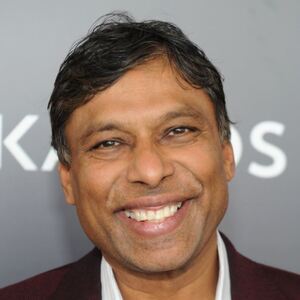