How much is Nav Bhatia Worth?

Nav Bhatia Net Worth: Nav Bhatia, also known as the Toronto Raptors Super Fan, is an Indian-born, Canadian businessman who has a net worth of $50 million. Nav and his family moved from India to Canada in 1984. They were fleeing brutal anti-Sikh riots. Despite moving to Canada with an advanced degree in mechanical engineering, Nav struggled to find employment due to racism and a hesitancy to hire Sikhs with thick Indian accents. He had barely a dollar in his pocket at the time. He apparently went through 300 interviews before finally landing a job as a care salesman at a Hyundai dealership. In his first three months on the job, Nav sold 127 cars, which set a Hyundai record that still stands to this day. He rose the ranks at Hyundai quickly, showing great skill at turning around struggling dealerships. He eventually earned enough money to buy his own dealerships, including the one where he set the record. Today Nav Bhatia is one of the most-successful automobile dealership owners in North America.

Toronto Raptors Super Fan: Nav Bhatia has earned a level of fame as the Toronto Raptors Super Fan. He has been a season ticket holder since 1995 and amazingly has not missed a single game since 1995. Every year he spends $300,000 on his own tickets and millions more to give children tickets to Raptors games. He especially likes to buy tickets for Sikh children so he can make them feel special. If you ever tune into a basketball game in Toronto, look for a guy sitting courtside in a turban. Then you'll know you've found Nav Bhatia. 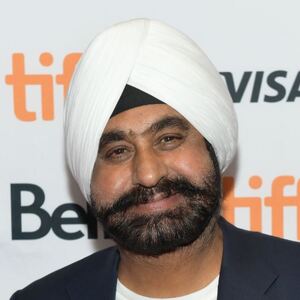