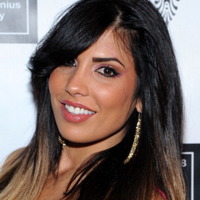 Natalie Guercio net worth: Natalie Guercio is a reality television personality who has a net worth of $500 thousand. Natalie Guercio is best known for being a cast member of the hit reality show, Mob Wives on VH1 and has grown up in the mob lifestyle her entire life. She was born and raised in South Philadelphia and since the 1950s Natalie's family has lived in, owned, and operated the Carto Funeral Home, which is known on the streets as Philly's preferred funeral home for connected men and their families. Over the years Carto has buried several of Philadelphia's underworld including Michael "Mikey Chang" Ciancaglini, Chickie Narducci, Frankie Baldino and Anthony "Blonde Babe" Pungitore.  Natalie took over the family business in 2011 with plans of returning it to its former glory. She is a single mom with one son named, Nunzio and is currently in a relationship with London Rene.