Momofuku Ando net worth: Momofuku Ando was a Taiwanese-Japanese businessman who had a net worth of $100 million. Momofuku Ando was born in Kagi County, Japanese Taiwan in March 1910 and passed away in January 2007. Ando founded Nissin Food Products Co., Ltd. He is known for being one of the inventors of instant noodles as well as instant ramen and Cup Noodles.

At 22 years old he started his own textiles company. He later established a clothing company and moved to Japan. He started Nissin as a small family company which produced salt. He decided to start producing noodles and worked hard to perfect his flash-frying method. Cup Noodle was offered for sale in 1971 and instant ramen became popular after prices dropped. Ando was awarded with a Medal of Honor with Blue Ribbon and Medal of Honor with Purple Ribbon. He received the Distinguished Service Award for the Director-General of the Science and Technology Agency. Momofuku Ando passed away on January 5, 2007 at the age of 96 from heart failure. 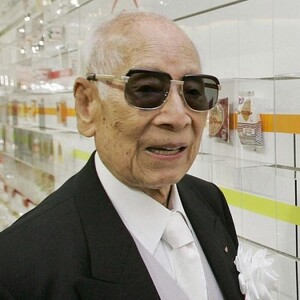