During the real estate bubble, Mike Shouhed was a real estate "big-wig" in Las Vegas, but ran into trouble when the bottom dropped out in 2008 and ultimately lost everything. Shouhed eventually chose to move back to his hometown of Los Angeles, and has since rebuilt his career, becoming an integral part of the strong Persian real estate market in Southern California. A former player in the dating scene, Mike became serious about the daughter of Fiji Water executive, Jessica Parido, during Season 2 – their relationship bloomed on-screen throughout the subsequent seasons. The couple announced their engagement in 2014. They were married in 2015. The marriage ended in 2017 after Shouhed was unfaithful. He has also appeared in episodes of the TV series Hollywood Uncensored with Sam Rubin, The Jeff Probst Show, Big Morning Buzz Live, Dish Nation, The Shahs Come Clean with Nadine, and What What Happens: Live. Mike Shouhed was born in Tehran, Iran in October 1978. 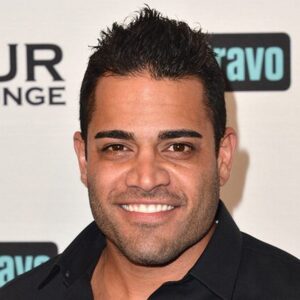