Mike Krieger net worth and salary: Mike Krieger is a Brazilian entrepreneur and software engineer who has a net worth of $350 million. Mike Krieger is probably best known as the co-founder of Instagram along with his partner, Kevin Systrom. He was born in São Paulo, Brazil, on March 4, 1986 and moved to California in 2004 to attend Stanford University. While at Stanford, he studied symbolic systems and through his work met Kevin Systrom. A few years later, the two would co-found Instagram. He built the first version of the app in 2010 and has been called the "soul" of the company. He continued leading the engineering team until 2018. Prior to working on Instagram, Krieger was a user experience designer and engineer at Meebo.

Facebook Acquisition
On April 9th 2012, Facebook CEO Mark Zuckerberg announced that his company has agreed to purchase Instagram for $1 billion in cash and stock. At the time, Instagram had only 13 employees and Mike reportedly owned 10% of the company. In September 2018, Mike and Kevin announced their abrupt departure from Facebook. There were reports that the two had been unhappy with the way Facebook had been managing Instagram. It has been estimated that if Instagram had not sold and instead stayed independent and maybe eventually its own public company, that today it would have a net worth north of $100 billion. 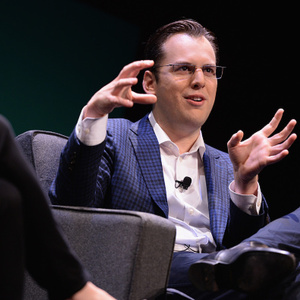