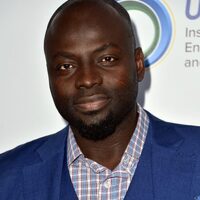 Michael Obeng net worth: Michael Obeng is a Ghanaian American plastic surgeon and reality television personality who has a net worth of $8 million. Michael Obeng is best known for starring with his wife Veronika Obeng on the E! reality television series Second Wives Club since 2017. He studied at Harvard University and was named one of "America's Top Plastic Surgeons" in 2011. Obeng specializes in cosmetic surgery including the face, breasts, and neck.  He was born in Ghana into poverty and moved to the United States. Obeng travels to third world countries through his nonprofit R.E.S.T.O.R.E. Worldwide Inc. Before Veronika he was married twice and has a total of eight children, including three with his current wife.