Michael Graves Net Worth: Michael Graves is an American architect who has a net worth of $10 million. Known to be one of The New York Five group of architects, Graves left a permanent mark with his contemporary building designs and some prominent public commissions. But still, he started enjoying more commercial publicity after he started designing domestic products sold at Target stores in the United States.

Born on July 9, 1934 in Indianapolis, Indiana, he earned his Bachelor's degree in Architecture from the University of Cincinnati and then took his Master of Architecture in Harvard University Graduate School of Design. A devoted student as he was, Graves was the recipient of the Prix de Rome that allowed him to learn the language of architecture for two years in Rome. Subsequently, he accepted a teaching position at Princeton University, after which he became a visiting professor at various prestigious universities. In this period, he also published several books on his teachings and works like "The Swedish Connection", "The Necessity of Drawing: Tangible Speculation" and "Le Corbusier's Drawn References". Graves rose to prominence once he joined the New York Five, a group of five New York City architects whose designs was featured by Committee of Architects for the Study of the Environment (CASE) at the Museum of Modern Art in 1969. Michael Graves adopted postmodernism in his architectural designs that are around 150 in total. Some of his most notable projects include Humana Building in Louisville, Euro Disney Resort in France, Nexus Momochi Residential Tower in Japan and Resorts World in Singapore. In addition, he designs consumer products which are sold exclusively by Target Corporation, later by JC Penney. He became a fellow in American Institute of Architects (AIA) in 1979, and was a fellow Design Futures Council. For his extensive work he received the National Medal of Arts in 1999, the AIA Gold Medal in 2001, the AIA Topaz Medal in 2010, and Driehaus Prize for Classical Architecture in 2012.

Furthermore, he was inducted to New Jersey Hall of Fame in 2010. Since 2003, he has been paralyzed as he was infected by some unknown bacteria. However, he still went on developing designs and is still active in his practice designing both in consumer products and structures for the benefit of mankind. 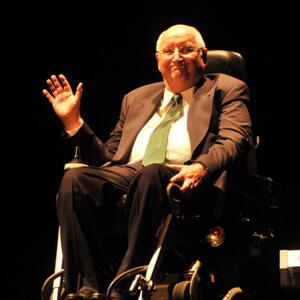