Michael Boulos net worth: Michael Boulos is an American businessman who has a net worth of $20 million. He is best known for being in a relationship with Tiffany Trump.

Michael Boulos was born in Houston, Texas in August 1997. He graduated from Regent's University in London and City, University of London. Boulos has been in a relationship with Tiffany Trump starting in 2018. She is the daughter of President Donald Trump. Michael Boulos is the associate director of Canadian investment group Callian Capital Group.

Michael's father is billionaire Massad Boulos which makes Michael the heir to the family businesses, SCOA Nigeria and Boulos Enterprises. He serves as the CEO of SCOA Nigeria and runs Boulos Enterprises. Michael Boulos was reportedly involved in a $532 million deal with Greek luxury jewelry brand Folli Follie in 2020. Tiffany Trump is the daughter of Marla Maples and the fourth child of Donald Trump. 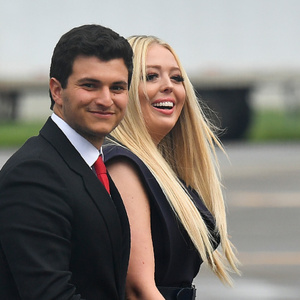