Mellody Hobson net worth and salary: Mellody Hobson is an American businesswoman who has a net worth of $100 million. Mellody become nationally-known in 2013 when she married billionaire filmmaker George Lucas.

Mellody Hobson was born in Chicago, Illinois and graduated from Princeton University's Woodrow Wilson School of Public and International Affairs. After joining Ariel Invesments, LLC, she went on to become Senior Vice President and Director of Marketing. She became President in 2000, overseeing nearly $3 billion in assets. She is the Chairman of the Board of Trustees for Ariel Mutual Funds, and sits on the boards of multiple entities, including the Sundance Institute and the Chicago Public Library.

She is also a Director for the Starbucks Corporation, Groupon, and Estee Lauder. She is the Chairman of Dreamworks Animation SKG, Inc., and frequently appears as a guest commentator on "Good Morning America". She was named one of Wall Street Journal's "50 Women to Watch" in 2004.

In June 2022 Mellody was part of a team of investors, led by Walmart heir Rob Walton, to make a successful $4.65 billion bid to acquire the NFL's Denver Broncos. 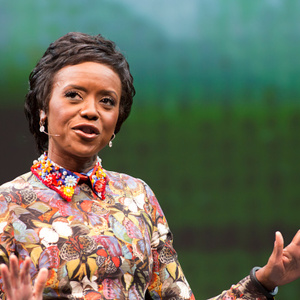