Max Clifford net worth: Max Clifford is an English publicist who has a net worth of $10 million. He is considered to be one of the best known publicists in the United Kingdom and over the years has been involved in his share of scandals. He has represented a range of clients throughout his career and became a controversial figure known for representing unpopular clients and people wishing to sell stories to tabloids.

He was born in Kingston in 1943, as the youngest of four children in a poor family. He left school at 15 with no qualifications and eventually found work as an editorial assistant on the Eagle comic. When the publication relocated, Clifford used his redundancy money to buy his first house and got a job with the South London Press where he would train as a journalist. After working in the newspaper business for a few years, he joined the press office of EMI and by 1970, started his own agency called, Max Clifford Associates. At the time, he was representing Sinatra, Cocker, Paul and Barry Ryan, Don Partridge and Marvin Gaye, and would later represent Muhammad Ali and Marlon Brando. In addition to his work for high-profile celebrities, he was also known for being in the middle of scandals. He leaked several stories that were shared with him by brothel owner, Pamella Bordes, who had several high-ranking politicians and newspaper editors using her services. He also stirred up controversy for many political candidates during the 1980s and 90s. Clifford claims to have represented several professional football players who wish to conceal their sexual orientation, saying he has helped them present a "straight" image. Clifford married Elizabeth Porter in 1967, and she sadly died of lung cancer in 2003; the couple had one daughter named Louise. In 2010, he married his former PA, Jo Westwood, and the couple are still married today. In 2014, at the age of 71, Clifford was sent to jail for eight years after being convicted of a string of sex offenses that included eight indecent assaults against four victims aged 15-19 between the years of 1978-1984.

It came out during his trial that he kept a little brown book with him that was crammed full of damaging allegations against celebrities, which he used as insurance during the 1980s and 1990s. 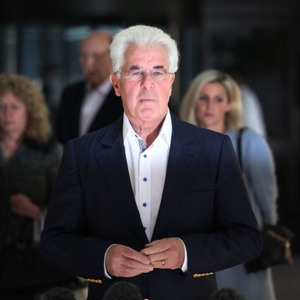