Maverick Carter Net Worth: Maverick Carter is an American businessman who has a net worth of $50 million dollars. He is one of the founders of agent and sports-marketing company LRMR, along with LeBron James, Rich Paul, and Randy Mims. He is the man behind what is known as the "LeBron James Machine".

Early Life: Maverick Carter was born in Akron, Ohio, on October 10, 1980. He grew up in Akron and Atlanta, Georgia. He is the son of Otis Carter and Katherine Powers, a social worker. He and LeBron James are longtime friends; they played basketball and football together at St. Vincent-St. Mary High School (SVSM) in Akron. After graduating from high school, Carter briefly played college basketball at Western Michigan University. He then transferred to the University of Akron.

Career: Carter began his career in the world of business when he interned at Nike during college. This is when he started learning the ropes about the world of sports marketing. He would eventually withdraw from college to become a field representative with the company. He teamed up with LeBron James, Rich Paul, and Randy Mims to found the company LRMR. Mims is another one of James' good friends from childhood. He serves as the firm's CEO. LRMR controls much of Lebron James publicity, marketing, and promotional deals. The firm also advises James on entertainment investments.

During the period of time when James was deciding whether or not to switch teams, Carter took almost as much heat as James did. Carter was actually the architect behind what is called "The Decision": the televised production in which James made the announcement that he was moving from Cleveland to Miami in 2010. Carter has been instrumental in re-positioning Lebron James' reputation after his move to Miami. He credits their successful working relationship with the fact that they are able to be totally honest with each other, since they have known each other since childhood. Notably, Carter was the main figure and driving force behind LeBron James' lifetime contract with Nike, which is rumored to be worth more than $1 billion. Other deals he has helped James negotiate include a deal between LRMR and Fenway Sports Group that gave James a partial stake in Liverpool F.C., the English soccer (football) club, and Carter was the brains behind the development of the series of Nike commercials showcasing caricatures of James, "The LeBrons", which first launched in 2011.

In 2007, Carter and James launched a media company together, SpringHill Entertainment., which was able to secure a $100 million investment right from the start. Carter serves as the CEO of SpringHill. According to Carter, the mission of SpringHill is to give opportunities to people that have previously been overlooked, including people of color. In September 2020, Carter and James signed a four-year movie deal with NBC Universal, along with Springhill Entertainment. In June 2020, Carter and James teamed up together to launch the voting rights groups More Than a Vote, focused on increasing the voter turnout for upcoming elections in the United States, with a special focus on protecting the voting rights of the African American community. 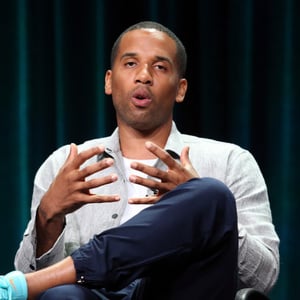