How much is Mark Shuttleworth Worth?

Mark Shuttleworth net worth: Mark Shuttleworth is a South African entrepreneur and space tourist who has a net worth of $500 million dollars. Mark Shuttleworth was born in Welkom, Free State, South Africa, and went on to graduate from the University of Cape Town with a degree in Finance and Information Systems. He began to make a name for himself in the technology community as one of the developers of the Debian operating system. He also founded Thawte in 1995. The company specialized in digital certificates and online security. Four years later, he sold the business to VeriSign for approximately $575 million. He founded Canonical, Ltd, a company that supported and funded free software projects, in 2004. He subsequently funded the development of Ubuntu. He is most widely recognized by the general public for becoming the second self-funded space tourist. He went into space in 2002, and spent a week at the International Space Station. He trained for a year and spent $20 million in order to make the trip. 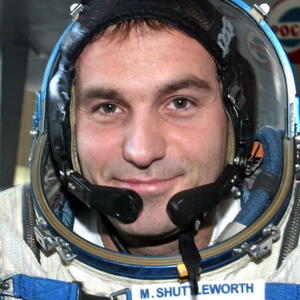