Marjorie Merriweather Post collected art and spent much of her fortune on it. Her former estate at Hillwood is now a museum of her art collection. She also owned the mansion Mar-a-Lago in Palm Beach, Florida which is now a resort owned by President Donald Trump. Marjorie Merriweather Post was married four times including to Edward Francis Hutton and Joseph E. Davies. She had three children including Eleanor Post Hutton and Dina Merrill and was the daughter of Charles William. "C.W." Post. When her father passed away she became the wealthiest woman in the United States at 27 years old. Marjorie Merriweather Post passed away on September 12, 1973 at 86 years old. 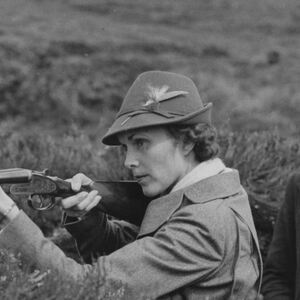