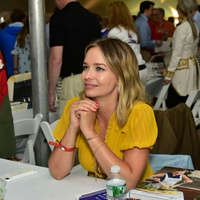 Marissa Hermer net worth: Marissa Hermer is an American entrepreneur and reality television personality who has a net worth of $20 million dollars. Marissa Hermer was born in Laguna Beach and raised Newport Beach, California. She attended Middlebury College in Vermont and majored in public relations. Upon graduating, she moved to London to focus on her career in Public Relations, but subsequently chose to return to the United States, settling in New York. While in New York City, she worked for multiple luxury brands including Nadine Johnson and later Syndicate Media Group where she launched a number of fashion, luxury, restaurant, and nightlife brands. She subsequently reconnected with Matt Hermer, a friend from London, and the two later married, and have two children. The family now lives in London and run The Ignite Group. The Ignite Group oversees multiple high-end nightclubs, including the very exclusive Boujis. In order to gain entrance you must be royalty, or have won an Oscar or a Grammy. Marissa Hermer is also a cast member of the Bravo reality series, Ladies of London, which follows a group of successful women in London and their families. During an episode of the first season of the show, Hermer gained her British citizenship and noted that it was bittersweet as she was ending one chapter in her life and beginning another.