She co-founded The Buddy Holly Educational Foundation with Peter Bradley in 2010. She worked as a receptionist for the music publish Peermusic and met Buddy Holly in 1957. They were married after about two months. She remarried and had three children. Buddy Holly was one of the first artists to be induced into the Rock and Roll Hall of Fame and was named #13 on Rolling Stone magazine's 100 Greatest Artists. His single "That'll Be the Day" with The Crickets reached #1 on the US Hot 100 chart and in the UK. 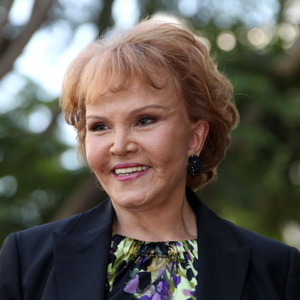