Lloyd Braun net worth and salary: Lloyd Braun is an American media executive who has a net worth of $25 million. He is the founder and CEO of the Los Angeles based media and technology company Whalerock Industries.

Lloyd Braun was born in New York in 1958. Braun graduated from Vassar College and the University of California's Hastings College of the Law. He worked as an entertainment attorney for clients including Howard Stern, Larry David, and David Chase. Larry David would later name a memorable character on Seinfeld after Lloyd.

Lloyd helped David Chase come up with the idea for the TV series The Sopranos. HE worked for ABC from 1998 to 2004. He served as the Chairman of the ABC Entertainment Group from 2002 to 2004. While at ABC, Braun was responsible for green-lighting TV shows including Desperate Housewives, Boston Legal, Extreme Makeover Home Edition, Lost, and Grey's Anatomy. He was fired from ABC after spending an estimated $15 million on the pilot of Lost which other executives thought would be a failure. Lost went on to become one of the most successful shows in television history.

Braun later worked for Yahoo! Media Group. He resigned from Yahoo! in 2006 to form the entertainment company BermanBraun with fellow TV executive Gail Berman. In 2012, BermanBraun acquired the assets of Whiskey Media. In 2014, Lloyd bought out Gail Berman and rebranded the company as Whalerock Industries. The name Whalerock comes from a large rock formation which is in the shape of a whale, located on the neighboring property of his Ojai, California estate.

In November 2019, Lloyd was hired by to oversee agency WME's representation and management business. With the hiring, WME invested in Braun's Whalerock Industry which by then had morphed into a consultancy. 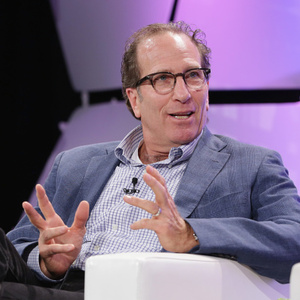