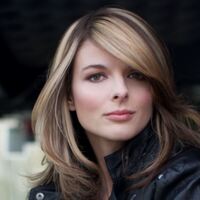 Lisa Kelly net worth: Lisa Kelly is an American trucker and reality television personality who has a net worth of $500 thousand. Lisa Kelly was born in Grand Rapids, Michigan, and grew up in Sterling, Alaska. She went on to attend Cornerstone University, before deciding to drop out of college, and return to Alaska. She spent the next few years jumping from job to job. She worked for a pizza company, at a gas station, and as a school bus driver. She also became a state freestyle motocross champion. She began training to work as a trucker, and was eventually hired by Carlisle Transportation. Life as a female trucker is often more difficult than as a male trucker, and she is one of very few working female truckers. She has been featured on the reality television series, "Ice Road Truckers" off and on since 2009 during the program's third season. She also appeared in Seasons 4 & 5, and on the spin-off series, "Ice Road Truckers: Deadliest Roads".