He earned a Bachelor of Science degree in Business Administration at the University of North Carolina at Chapel Hill's Kenan-Flager Business School. Jackson later received a Master of Business Administration from Harvard Business School. While he was a student at the University of North Carolina at Chapel Hill he became a member of the Kappa Alpha Psi fraternity. Currently he is the Chairman of Legacy Holdings, a company owned by Jackson to host all of his entrepreneurial ventures. One of his ventures is a line of neckwear called "Krimson by Kwame", this popular line of men's neckwear was considered a great Father's Day gift by O: The Oprah Magazine, a publication founded by the Hearst Corporation and American media proprietor, talk show host, actress, producer, and philanthropist Oprah Winfrey 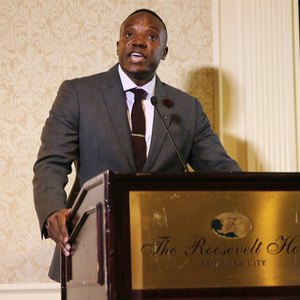