Kris Singh net worth: Kris Singh is a American businessman and car collector who has a net worth of $200 million dollars. Kris Singh earned his wealth as the Managing Director of a Florida-based investment firm called Tequesta Investments. In January 2014, Kris Singh made international headlines when it was revealed that he was one of only three people in the world who was lucky enough to purchase the brand new ultra-rare Lamborghini Veneno.

The Veneno is the most expensive production car in the world today. The car features a 6.5 Liter V-12 engine that is capable of producing 740 horsepower. In order to reserve his Veneno, all three buyers had to be well known by the executives at Lamborghini. Kris and the other owners were also required to plunk down the car's full purchase price way back in 2012. That purchase price was $4.106 million. In fact, he did not even see what the car looked like until it was unveiled for the world for the first time at the Geneva Motor Show. Kris and the other lucky owners were flown out by Lamborghini on a private jet to the Geneva show where they finally laid eyes on their prize. The cars were delivered a few weeks later. 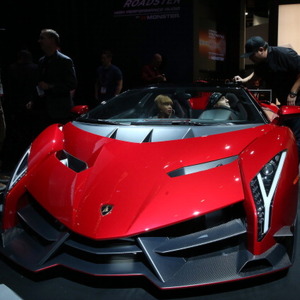