Kim Pegula net worth: Kim Pegula is an American businesswoman who has a net worth of $100 million. Kim Pegula was born in Seoul, South Korea. She is best known for being one of the principal owners of the NFL team the Buffalo Bills with her husband Terry Pegula.

Kim Pegula is the CEO of Pegula Sports and Entertainment which manages the Bills and the National Lacrosse League's Buffalo Bandits as well as the American Hockey League's Rochester Americans, independent record label Black River Entertainment, and the HarborCenter. Kim married Terrence Pegula in 1993 and they have three children including professional tennis player Jessica Pegula. The Pegulas won a record bid for the Bills at $1.4 billion over Donald Trump and Jon Bon Jovi among others. She helped to formulate the ice cream and cupcake products known as One Buffalo. 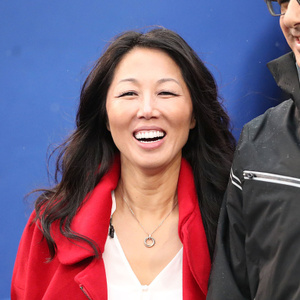