Kevin Powell net worth: Kevin Powell is an American political activist, writer, poet, and entrepreneur who has a net worth of $1 million. Kevin Powell was born in Jersey City, New Jersey in April 1966. He has run for United States Congress in New York's 10th congressional district unsuccessfully three times.

Powell appeared on an episode of The Oprah Winfrey Show in 2009 and speaks out against violence against women. He appeared on the MTV reality television series The Real World: New York in 1992. Powell served as a senior writer for Vibe magazine from 1992 to 1996. He has authored the books In the Tradition: An Anthology of Young Black Writers, recognize Poetry, Keepin' It Real: Post-MTV Reflections On Race, Sex, and Politics, Step Into a World: A Global Anthology of The New Black Literature, Who Shot Ya? Three Decades of Hiphop Photography, Who's Gonna Take The Weight? Manhood, Race, and Power in America, Someday We'll All Be Free, No Sleep Till Brooklyn, New and Selected Poems, The Black Male Handbook: A Blueprint for Life, Open Letters to America: Essays, Barack Obama, Ronald Reagan, and the Ghost of Dr. King, and The Education of Kevin Powell: A Boy's Journey into Manhood. 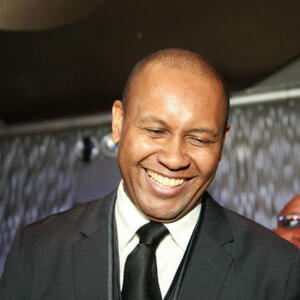