Kevin Harlan net worth: Kevin Harlan is an American television and radio sports announcer who has a net worth of $1 million. Kevin Harlan was born in Milwaukee, Wisconsin in June 1960. Kevin is the son of former Green bay Packers executive Bob Harlan. He started broadcasting in 1982 as the voice of the NBA's Kansas City Kings on TV and radio.

Harlan worked as an announcer for the University of Kansas, his alma matter. From 1985 to 1983 he called games for the NFL's Kansas City Chiefs. From 1989 to 1998 Harlan was the play by play voice of the NBA's Minnesota Timberwolves. He announced for the NFL on NBC in 1991 and college football on ESPN from 1992 to 1993. Harlan also worked for the NFL on Fox from 1994 to 1997 and he joined Turner Sports in 1996 to call NBA playoff games. In 1997 he began calling games through the entire season for the NBA on TNT. He also joined CBS in 1998. Harlan has also worked as an announcer for the Chicago Bears, Green Bay Packers, and Chicago Bears. He has been the voice of the NBA 2K video game series. He was formerly the voice of Westwood One Radio's NCAA Final Four coverage until becoming their lead announcer for Monday Night Football in 2009. Harlan is one of four announcers to call a Super Bowl and the Final Four and one of only two to call the World Bowl and Super Bowl. 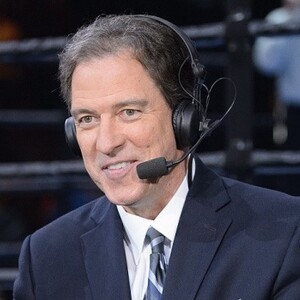