What was Ken Block's Net Worth?

Ken Block was an American professional rally driver and entrepreneur who had a net worth of $100 million at the time of his death. Ken Block earned his fortune as a co-founder of DC Shoes. He also served as the company's Chief Brand Officer. In March 2004, DC Shoes was acquired by Quicksilver for $87 million. After selling his ownership of DC Shoes, he shifted his business focus to Hoonigan Industries, an apparel brand for auto enthusiasts, of which he was co-owner.

Ken Block was born November 21, 1967 in Long Beach, California. He died on January 2, 2023 at the age of 55 from injuries suffered in a snowmobile accident.

Ken Block began his rallying career with Vermont SportsCar team in 2005. He went on to compete in the 2006 Rally America National Championship, finishing second overall. By the end of 2007, Block had amassed 19 podiums and 8 overall victories in rally events. He competed in the 2008 Rally America National championship, where he finished second overall and on February 27, 2010 Block won the Rally in the 100 Acre Wood (Rally America) for the 5th consecutive time, breaking the record formerly held by John Buffum. 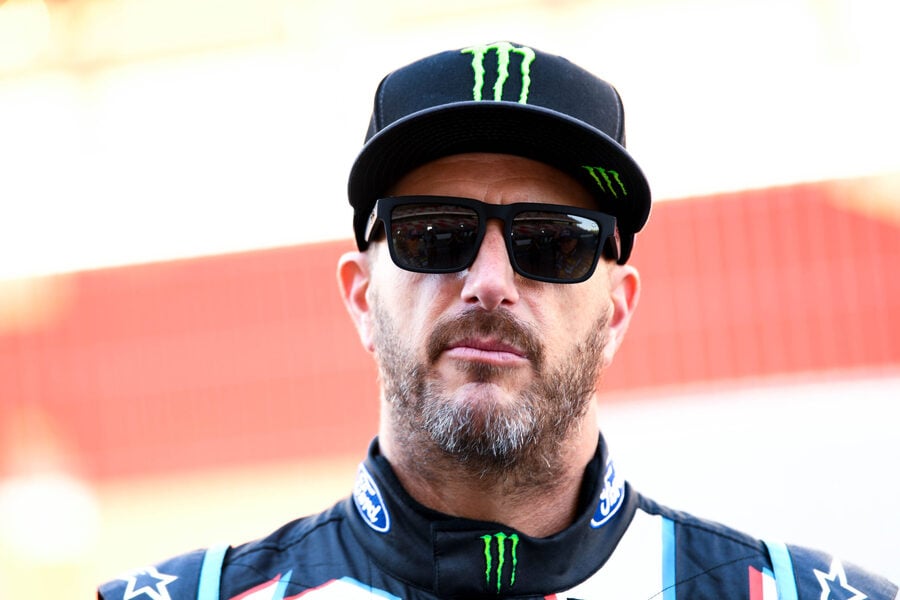 On March 23, 2011, Block and his co-driver Alex Gelsomino were taken to hospital, having rolled their Ford Fiesta RS WRC during the shakedown stage of the 2011 Rally de Portugal in Faro, Portugal. A representative of the Monster World Rally team later announced that both men were okay. In 2013, Block entered in the top-ten of the Mexican rally getting his first six points for the championship and scored a best-ever 7th overall finish. Block has also competed in many action sports events including skateboarding, snowboarding and motocross.