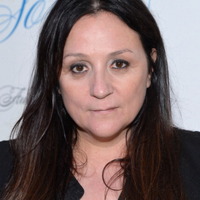 Kelly Cutrone net worth: Kelly Cutrone is an American fashion publicist, television personality and author who has a net worth of $10 million dollars. Born in Camillus, New York, Kelly Cutrone graduated from Syracuse University in the late 80s. She moved to New York City after college, and began working in the public relations office of Susan Blond. After almost a year with Ms. Blond, Bob Guccione, the founder of Penthouse Magazine and other publications, hired her to serve as Director of Public Relations for Spin Magazine. After almost another year with Spin, she became increasingly frustrated with the lack of control in the job, and co-founded Cutrone & Weinberg with a former co-worker. She subsequently sold her portion of the company, moved to California, and founded People's Revolution. Her company has become one of the most successful PR firms in the world, and has been featured on multiple television shows, such as "The Hills" and "The City". She is currently in the process of launching her own clothing label, called "Electric Love Army".