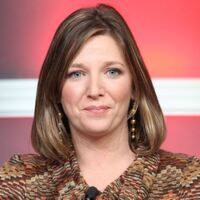 Kelley Earnhardt net worth: Kelley Earnhardt is an American businesswoman and NASCAR executive who has a net worth of $50 million dollars. Kelley Earnhardt was born in Kannapolis, North Carolina and graduated from the University of North Carolina – Charlotte with a degree in Business Administration. She grew up in a racing family, and is the daughter of famed racer, Dale Earnhardt, and the sister of Dale Earnhardt, Jr. She began her professional career working for Action Performance, a NASCAR merchandising company. She eventually worked her way up to Vice President of the company. In 2001, she became the Vice President and General Manager of JR Motorsports. Over the course of her tenure with the company, it has grown into one of the most successful racing companies ever. It currently employs over 100 people, and has both NASCAR Sprint Series and Nationwide teams. She became part owner of JR Motorpsorts in 2010. She has won numerous business awards in recognition of her success.