What Is Karl Cook's Net Worth?

Karl is perhaps best known for being married to actress Kaley Cuoco, but the couple split up in 2021. In 2020, he won the $100,000 Riders Cup Grand Prix with Caillou 24 and the $100,000 Voltaire Grand Prix with Fecybelle; both horses are owned by his mother, Signe Ostby, who founded the Pomponio Ranch.

Karl Cook was born Karl Anders Cook on December 25, 1990, in California. As we mentioned previously, his father Scott Cook founded the tax software company Intuit and as a result is a multi-billionaire. Karl's mother, Signe Ostby, worked for Clorox and Procter & Gamble before becoming vice president at Software Publishing Corporation. Signe and Scott established the Valhalla Foundation, which is dedicated to "driving measurable and meaningful improvement in outcomes that matter" and focuses on early childhood development, K12 education, medical research and talent, environmental innovation, data literacy, and collaborative philanthropy. Karl has two siblings, Annie and David.

Cook's mother is a former equestrian, and Karl received his first horse when he was 8 years old. For 12 years, Willow Tree Farm's Graeme and Lu Thomas trained him to become a professional horse rider. He began competing as an amateur rider in 2008, and after he didn't have as much success as he hoped, he left his original trainers and started working with Éric Navet, a French equestrian who won a bronze medal at the 1992 Summer Olympics in the show jumping event. Cook and his horses relocated to Normandy, France, in 2012, and in 2014, he achieved four wins at the Grand Prix  with horses Basimodo and Jonkheer Z. He also won the 2007 and 2008 FEI North American Junior Young Rider Championship and the 2016 SmartPak Grand Prix, Card Flex Grand Prix, and UltrOz Jumper.

In 2021, Karl and Ircos IV won a blue ribbon at the $30,000 Traverse City National Grand Prix, and with Caillou 24, he won the $137,000 Agero Grand Prix CSI3, where he was presented with the Leading Male Rider award. Cook has said of his equestrian career, "The horses kind of tell you when they're ready for what, and I have to take it as they come a bit more than most people. It makes it more enjoyable for me because I don't get disappointed that some nebulous goal that I set for myself didn't get accomplished. Just being out there doing it and seeing progress is what makes me happy." 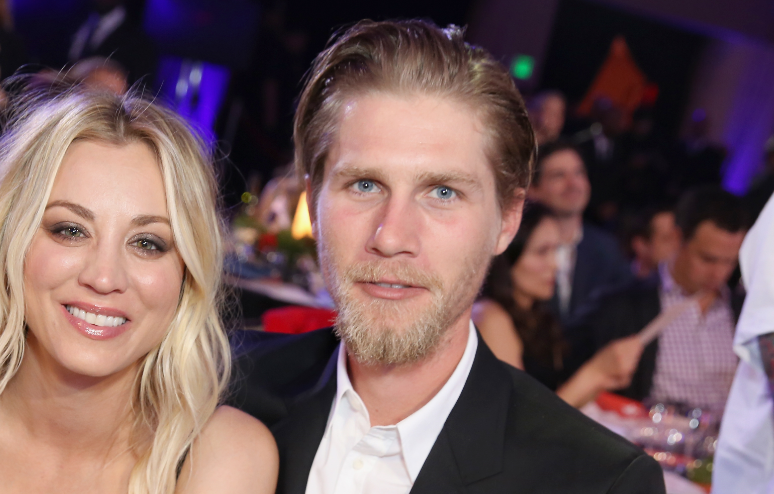 Karl began a relationship with actress Kaley Cuoco in 2016 after meeting her at a horse show, and they became engaged on Kaley's 32rd birthday, November 30, 2017. During a 2016 appearance on "The Talk," Cuoco said of Cook, "I finally found my horse guy. It was very meant to be. He's an amazing rider, amazing equestrian and a great human. We shared a passion for horses and dogs. … It's been lovely." Karl and Kaley married on June 30, 2018, and they had a 1920s-themed reception. The couple's wedding planner, Lauren Tatum, said of the reception, "There were unicycle riders showing people where to go from the valet onto the property. There were stilt walkers. There were aerialists who did performances hanging from way up in the sky for the guests. There were jugglers. All of this was really late night; all those people came out and did performances. There was a guy that blew fire out of his mouth!"

In September 2021, Cook and Cuoco announced their separation in a joint statement, writing, "Despite a deep love and respect for one another, we have realized that our current paths have taken us in opposite directions. We have both shared so much of our journey publicly so while we would prefer to keep this aspect of our personal life private, we wanted to be forthcoming in our truth together. There is no anger or animosity, quite the contrary." A source told "US Weekly" that Cuoco has an "ironclad prenup in place" and that "her assets are protected." Karl enjoys photography and woodworking, and he told "Phelps Sports" in 2010, "I am … into making bowls, cups, tables and many other things on a wood lathe. I call it 'lazy turning.' Instead of having to move a carving tool around and carve into wood I just sit there and hold a tool under the wood as the machine turns the wood."

In early 2020, Cook and Cuoco bought a nearly $12 million mansion on a 1.5-acre lot in Hidden Hills, California. After the split, they sold the home for close to $16.2 million.

Karl's family owns the Pomponio Ranch in Rancho Santa Fe, California, and Karl operates the performance side of the ranch with his trainer, Éric Navet. The Pomponio Ranch website states, "We breed, raise, sell, and train world class show jumping horses from our champion stallions and mares. Our top stallions, chosen from proven and highly desirable European bloodlines, have outstanding careers in International Jumping competitions at heights of 1.50 meters or higher. In addition, our mares have also had successful jumping careers and many have achieved the 'Elite' status from the Belgian Warmblood Society." Cook and Cuoco's 2018 wedding took place at Pomponio Ranch, and the couple exchanged vows in front of a horseshoe-shaped arch. 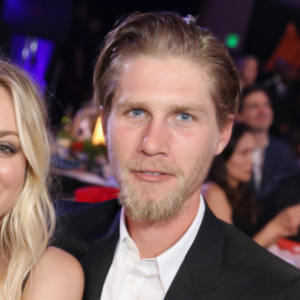